What is By The Slice Pizza?

We all love a good pizza pie, but sometimes, you just need a slice or two. That’s where by the slice pizza comes in: it’s the ultimate on-the-go meal and a brilliant way to diversify your pizza portfolio.

By the slice pizza can refer to any portioned pizza, but it’s also the literal translation of al taglio, Rome’s famous style of ‘za. Whether you’re looking for al taglio, or any other pizza by the slice, you can find it on the aptly named Slice app.

By The Slice Pizza Near You

By the Slice Pizza in New York

By the Slice Pizza in Brooklyn

By the Slice Pizza in Philadelphia

By the Slice Pizza in Washington, D.C.

By the Slice Pizza in Chicago 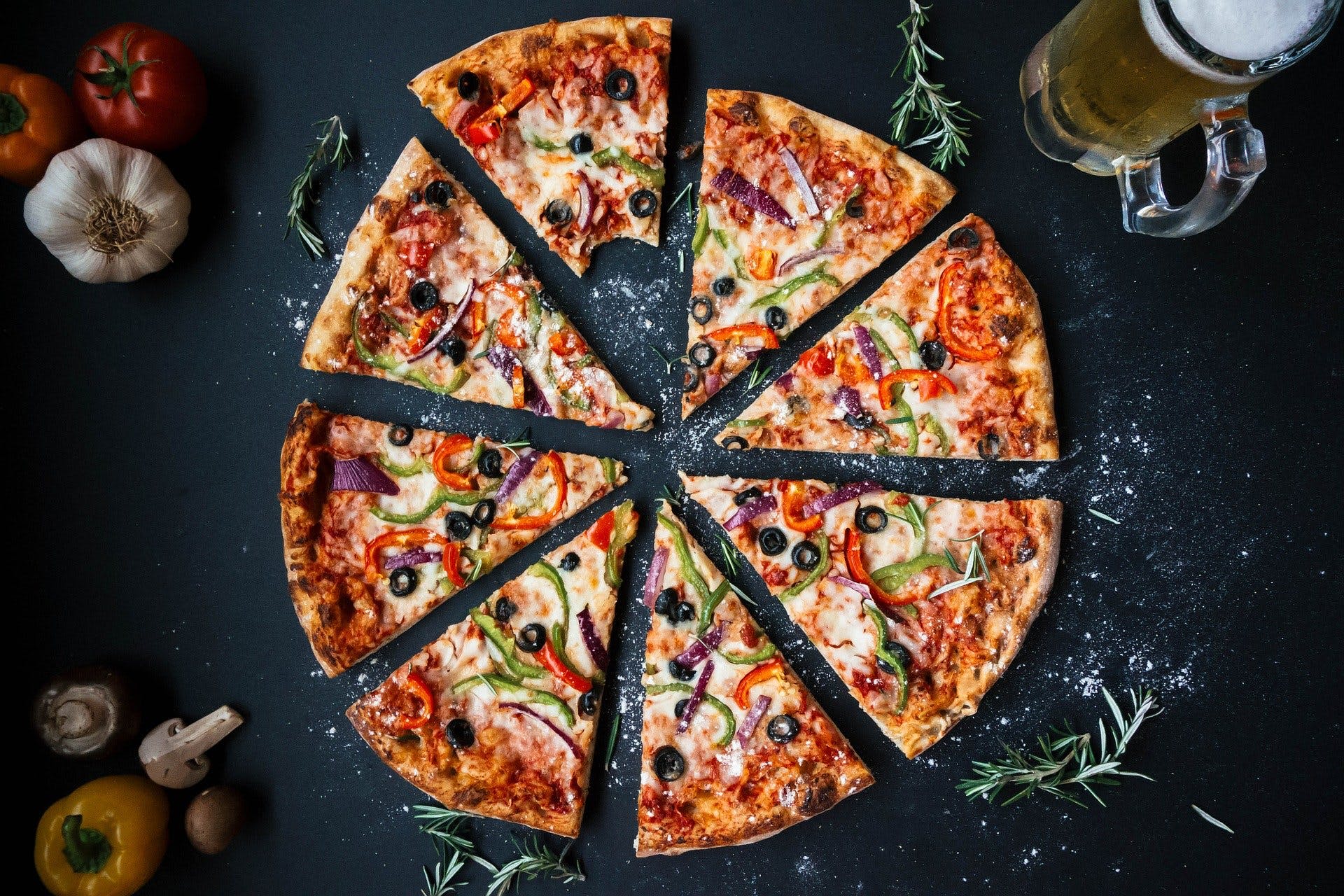 Find Pizza by the Slice Near You

Speaking of convenience, buying by the slice pizza is the easiest way to get a satisfying, hot meal. Whether you cannot decide on just one pizza type, or simply need a meal on-the-go, pizza by the slice is the simple solution.

What is Pizza by the Slice?

Simply put, by the slice pizza is a way of selling pizza – instead of a whole pie. Most often pizza joints sell NY-style pizza by the slice, but Sicilian and Grandma pies are often sold by the slice, too.

Looking for the best slice near you? Grab one, two (or more) with the Slice app. Order a slice for an easy curbside pickup or delivery with just one tap.

So, who invented it? To answer that we need a slice of history. While there is no certain date when the first pizza was baked, in the 16th century it was sold by the slice as street food for Neapolitans who spent most of their time outside. However, this pizza sold back then was more like a flatbread.

In the US, the first pizza slice was sold by the first US pizzeria – Lombardi’s. As many of the customers couldn’t afford to pay for a whole pie. In the early 1900s Gennaro Lombardi’s started selling tomato pies by the slice, wrapped in paper and tied with a string.

Later, other pizza restaurants followed Lombardi’s example. Thus, one of the NY pizza staples, Patsy’s, had popularized selling pizza slices in the 1930s.

Today, while many pizzerias in the US sell both whole pies and pizza by the slice, there are many slice-only pizza joints. They make large pies that are usually pre-cooked and pre-sliced and are kept warm. However, they can be re-heated prior to serving.

By buying a slice you get the great, delicious pizza, without the waiting and typically made from scratch.

Pizza by the slice is usually sold in paper plates or cardboard boxes. In the US, New York-Style pizza is the most common type of pizza sold by the slice since it is easily folded and can be eaten on-the-go.

In Italy is called pizza al taglio, or “by the cut”. This type of pizza was invented in Rome and accepted across the country.

The pizza is baked in rectangular trays and unlike the US it is sold by weight, in kilograms or grams. Pizza al taglio is cut in squares or rectangles and can come in many varieties.

When we speak about pizza more is always better, right? That was the idea that led to creating the jumbo slices.

Jumbo slices are usually cut from a circular pie, around 36 inches in diameter. These gigantic bites are often longer than 1 foot and can weigh 1 pound. Jumbo slices can have up to 1000 calories or more.

Chris Chishti, the owner of Pizza Mart in Adams Morgan, Washington D.C. is believed to have used the words “jumbo slice” first. That was back in 1990 when Pizza Mart was opened and they started selling unusually large slices, that throughout the years only grew larger and larger.

Jumbo slices are most popular in the Adams Morgan neighborhood of Washington D.C. but are made and sold in many other cities and states throughout the country.

The Best Pizza by the Slice Near You

Order Pepperoni or cheese from Angelico Pizzeria in Washington D.C. or choose from up to eight varieties of pizza by the slice from Brooklyn’s My Little Pizzeria. Both in the Slice app.

Every slice I ate was like a little slice of heaven!

Q: 🍕When did pizzerias start selling pizzas by the slice?

Q: 🍕What is pizza al taglio?